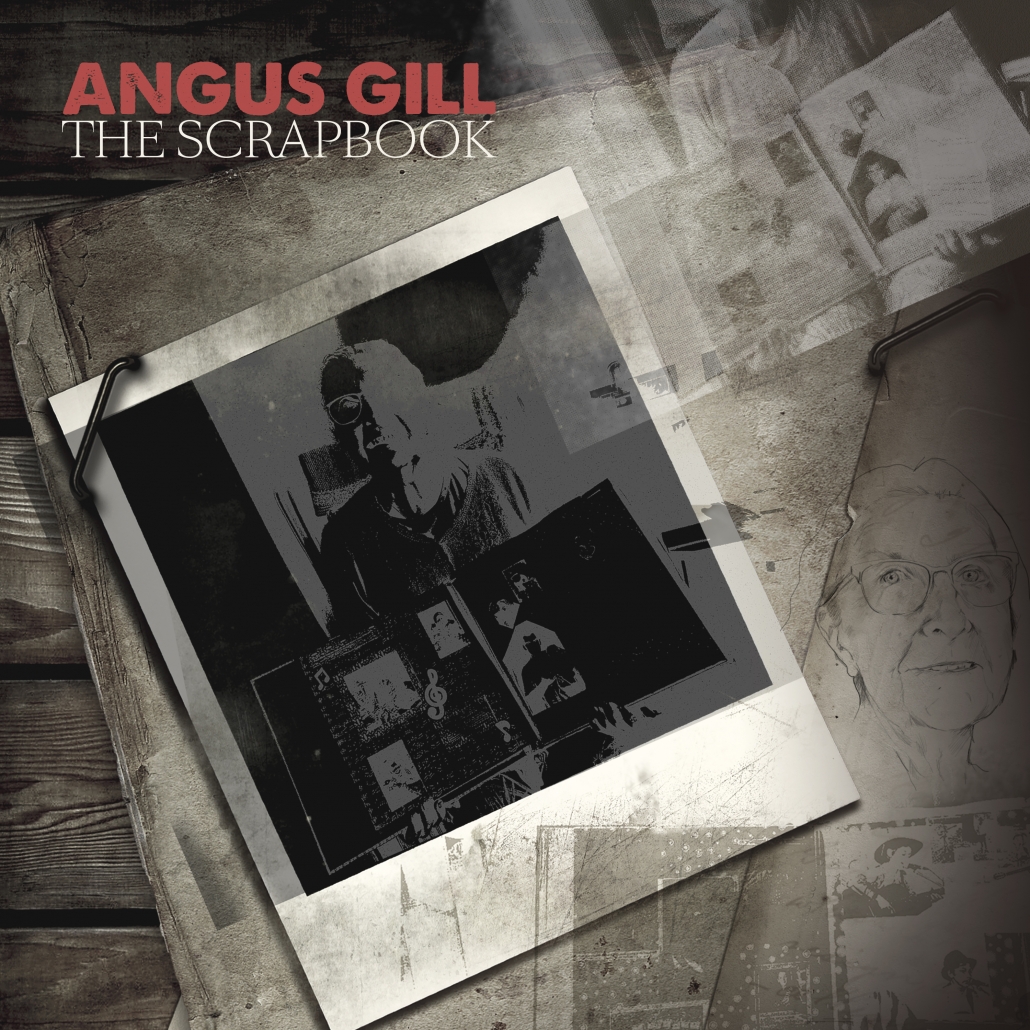 Never one to confine himself musically to just one box – ARIA and 3x Golden Guitar nominee, Angus Gill – has shed yet another musical skin with his fourth album, “The Scrapbook”.

“I’ve always been a big fan of traditional bluegrass music. From a young age, I’ve been drawn to the high and tight harmonies, vocal stylings, phrasing and virtuosic playing. There’s also this beautiful juxtaposition in some bluegrass music when a poignant lyric is set against a rapid tempo and a major chord structure. I just love that!” said Gill.

The project came about in late 2020, after the release of the critically acclaimed “3 Minute Movies” featuring Paul Kelly’s band billed as The Seasons of Change. Gill started laying the bed track down for a song Whittling Away, written with multiple Grammy™ winner & bluegrass icon Jim Lauderdale in 2019. This eventually became the catalyst for a bluegrass record.

“Jim and I wrote Whittling Away in 2019 and I liked it then, but after revisiting it in late 2020, the sentiment of the song hit me even harder than it did when we wrote it. I realised it would work as a duet and Jim agreed to do it with me. I was hearing a slow bluegrass production, so decided to take that approach with this song”, says Gill.

“I remembered I’d written several bluegrass songs over the years and I also had some straight country songs I’d written, which I realised were better served as bluegrass songs. I’ve always wanted to record a traditional bluegrass album with players that have bluegrass in their blood. I called up Tim Crouch and asked him if he would play and co-produce an album with me and we brought Randy Kohrs, Clay Hess & Tony Way onto the project and recorded it all remotely at the start of 2021. It was pretty cool because it sounds like we were all playing in the same room, despite being over 15,000 kilometres away.”

The album opens with a rollicking homage to hard working women “Always on the Run”, co-written with 2021 Grammy nominee Thomm Jutz. Gill quips, “she’s moving like a bullet that was fired from a gun/she’s always on the run.” The narrative based “Samson” is a master-class in character development while the Jim Lauderdale duet “Whittling Away” highlights the resilience and strength that people are displaying during these trying times. Gill’s signature wit comes to the forefront in the swing-grass romp “Caught Between a Rock and a Heartache”. The challenges of a paternal bond are explored in the heartfelt “Feet of Clay”, co-written with Charles Esten. “Let’s Have a Drink (To Not Drinking Again)” is the ultimate high-spirited bluegrass drinking song, featuring Music Row veteran tunesmith Jerry Salley. Gill sings of his grandmother’s affection in the autobiographical title track “The Scrapbook”. After a near 300-bpm sprint in “Heartquake”, the album closes with the exquisite epitaph “Forget Me Not”. “Our heartstrings will be tied up in a never forget me not” Gill sings a cappella in perfect 4 part harmony.

Angus Gill’s new album, “The Scrapbook”, is further proof of this artist’s ability to shape-shift into any musical form and do it exceptionally well.

“Angus is one of the most creative and talented people I’ve ever worked with. It was an honor to get to write with and sing with him. I hope we can do much more down the road!” – Jim Lauderdale

“Angus Gill is easily one of the most talented and hardest working young men in the music business – anywhere! His passion to pursue songwriting and identifying the right songs to record is very admirable, and his smooth tenor vocals deliver those songs in a believable way that only a true artist can do” – Jerry Salley

“I’m not just a co-writer with Angus, I’m a fan too. He’s truly creative and thinks outside the box. Heck, I’m not even sure he owns a box. This “grass” album more than suits his great tenor voice. And how cool is it that the title track that he allowed me to write with him is so touching and personal about his grandmother? He might just win “Grandson of the Year” as well as “Bluegrass Album of the Year” – Bill Whyte

“The Scrapbook” is out on September 24 on Rivershack Records/MGM Distribution.