At 20 years of age, Angus Gill’s songwriting themes and vocals are mature beyond his years. His live show is a dynamic collection of catchy, humorous and poignant songs to make you laugh, cry and think.

Gill’s debut album NOMAD, has rapidly began to cement him in the hearts and minds of Australian country music fans, peaking at #13 on the ARIA Country Albums Chart.  This is an album that is deeply rooted in pure country with an overarching theme of journeys and a smattering of his trademark brand of humour, making it the perfect roadtrip companion.

Not only has he co-written all the songs with the cream of the crop of the Australian country music scene, including ADAM HARVEY, GINA JEFFREYS, LUKE O’SHEA and KEVIN BENNETT, Gill has also produced all 13 tracks on this debut album.

When Angus hits the road in his trusty RV, audiences are in for a surprise. Roadworks, police officers, p plater drivers, small towns and nomads…they’re all being covered during this highly entertaining and intimate 75 minute show.

“I couldn’t be happier to bring my songs and stories to the people that can relate to them the most…the travellers. I’m looking forward to taking them on a journey throughout the evening, hearing about their travel experiences and in turn, hopefully gathering inspiration for Nomad volume 2,” laughs GILL.

“Angus Gill is a brilliant young singer /songwriter and if you want to be thoroughly entertained you’ll go and see his show.” – RAY HADLEY OAM 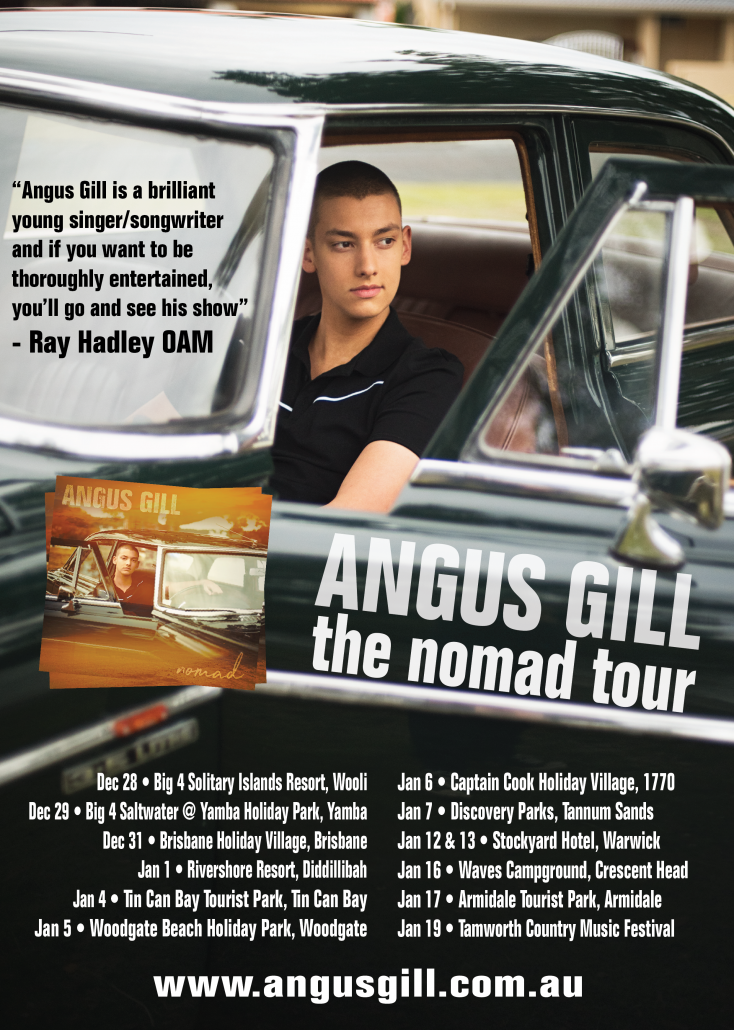