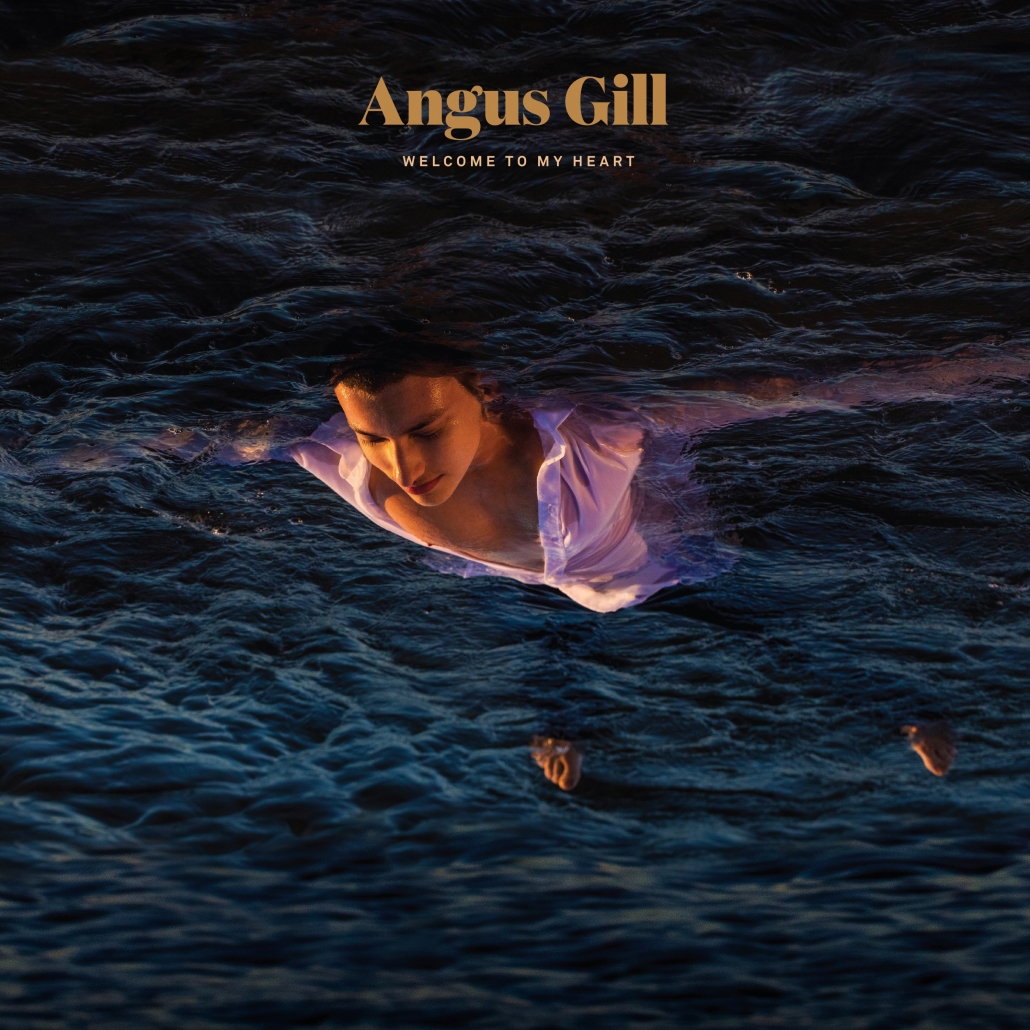 2019 has already been an exciting year for Wauchope based singer/songwriter Angus Gill, inking both an exclusive licensing deal with ABC / Universal Music and a worldwide publishing deal with Origin Music Publishing.

Today, Gill is releasing the first single ‘Welcome to my Heart’, lifted from his forthcoming album of the same name. It’s warm, infectious, genuine and brings Gill’s strong family values to the fore.

The song was initially inspired by a conversation between Gill and Grammy winner Lisa Loeb in Monterey, California. “Lisa and I were talking about songwriting and she mentioned that there just aren’t enough non-romantic (platonic) love songs being written. She mentioned songs like Carole King’s You’ve Got a Friend and Bill Withers’ Lean on Me. I was quite intrigued by this thought and I kept it in the back of my mind. I was about 2 weeks into the trip when I flew into Nashville, and I was thinking about my family and the house that I grew up in. I had a writing session booked in with two great songwriters LaLa Deaton and Blue Foley. We were all sitting in LaLa’s living room having a great chat and Blue mentioned this title Welcome to my Heart. For some reason, it made me think of my family, probably because I was missing them. It made me think of Sundays at home, the smell of the pork roast cooking in the oven, Nan coming over to help Mum with the ironing, all of us gathered in the same room, sitting down to a big feast.”

Gill mentioned, “When we were writing this song, I came up with the opening riff after noodling around on my acoustic guitar. I was in my studio putting some guitar down and I looked across at the Greek Bouzouki I had sitting on a stand. I thought, I might just use it in this song. The bouzouki is an 8 stringed instrument typically used to thicken up the rhythm beds of a track. It’s rarely used in country music as a lead instrument, but this song is an exception.”

When it came to shooting the music video, there was only one option for a location and Gill knew he had to do it at home with all of the family involved. “Let’s face it, they’re really cheap actors,” Gill laughed. The music video was directed by Brock Daubert of Golden Guitar winning The Filmery. “Brock and James came up from the Central Coast to do the shoot and they’re always fantastic to work with. It was a real, organic and honest depiction of our family lunches, apart from the fact there were cameras around, and it was done on a Friday. When I was doing my performance shots, it was super authentic, because I could even hear some arguing going on in the background.”

Gill’s second studio album Welcome to my Heart will be released on Friday 20th September. He will be performing an exclusive album preview at Australia’s fastest growing festival Groundwater Country Music Festival on Sunday 28th July, so be sure to pre-order the album here and catch him at one of his upcoming shows:

Big thanks to Aussie Country radio for getting behind my new single Always on the Run! I really appreciate your support! My new record The Scrapbook is out Sept 24. Pre-order and pre-save now to receive “Always” as an instant download. ffm.to/thescrapbook

Another big week on the Country Radio Charts!! Huge thanks to everyone in radio land for your epic support again this week!
Let's go....

#throwback to making my Grand Ole Opry debut with Charles Esten, back in November 2019. I was eating out at one of my favourite steakhouses in Nashville Sperry's Restaurant, when Chip called me and asked if I’d sing the song we wrote, Feet of Clay, with him on the Opry. It was an exhilarating moment and we were really grateful for how the audience reacted to our song. I decided to cut Feet of Clay as a slow bluegrass song on my new album The Scrapbook, out Sept 24. I can’t wait for you to hear it! Pre-order your physical vinyls & CDs via my website: angusgill.com.au/shop ... See MoreSee Less

It’s been a year today since we lost my Grandma Vera Gill. We’ve all had our fair share of obstacles over the past year, with the pandemic, floods etc. However, I stepped outside into the rain the other day and looked over to the front garden at Grandy’s roses. They were bright and full of colour. Rather out of place with the melancholy sky and the pale grey surroundings. It was just the image that I needed...a strong sign of hope and change to come. Thanks Grandy! I just know that things will be looking much brighter for all real soon❤️ ... See MoreSee Less

Always on the Run has been out for a week and I’m really grateful for the support I’ve been getting with this track - thank you!! Check it out on your favourite streaming platform, if you haven’t already. Thanks @applemusic for the Southern Craft & Aussie Country playlist adds, @spotify for the Grass Roots playlist add and @australiancountryradio for the hot track this week. Pre-order/pre-save my new album The Scrapbook and receive ‘Always’ as an instant download. 📸 @jackson_james__ ... See MoreSee Less

Angus Gill new album Welcome To My Heart out today!
Scroll to top