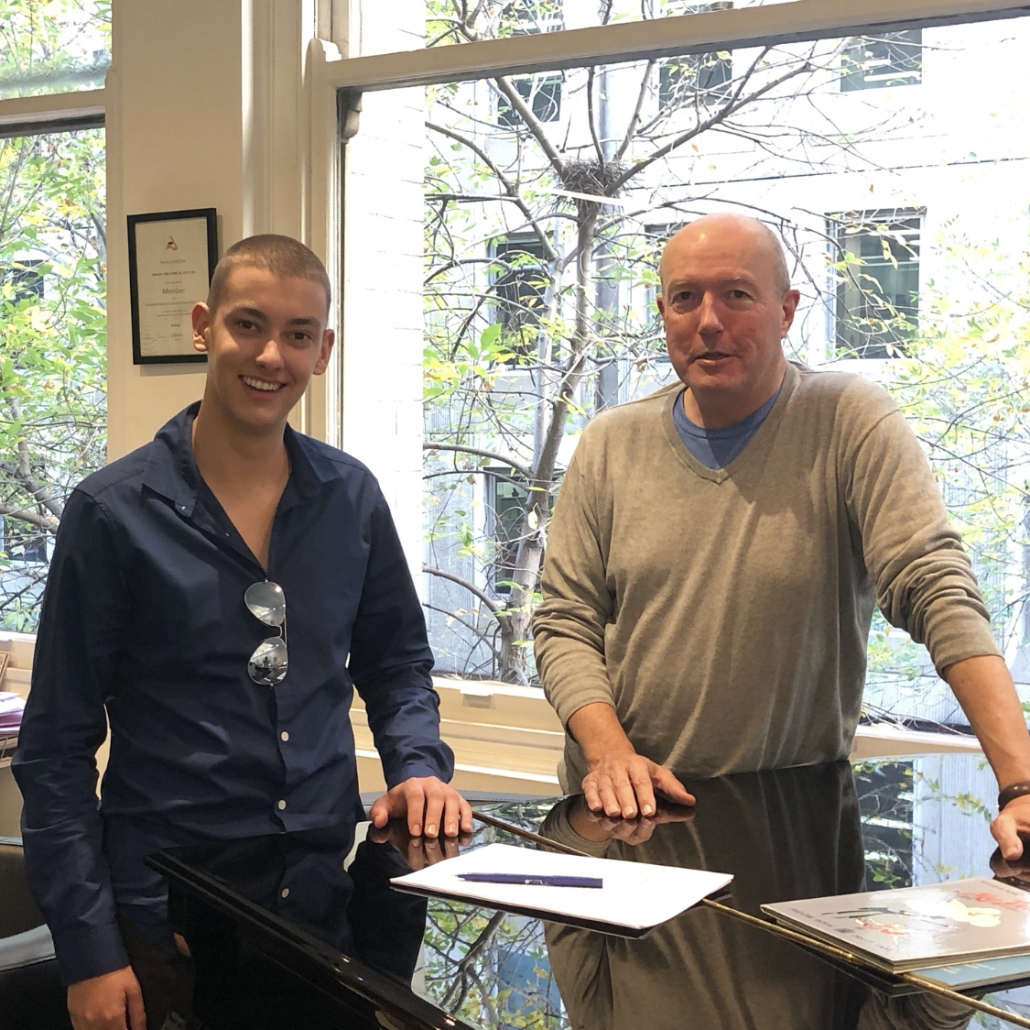 (Angus is pictured with Philip Mortlock, the creative director of Origin Music Group.)

“It’s a privilege to join the Origin Music family. I’ve got an exciting schedule ahead of me for the next 18 months, with new music on the way. I’m really looking forward to working with Philip and the team.”