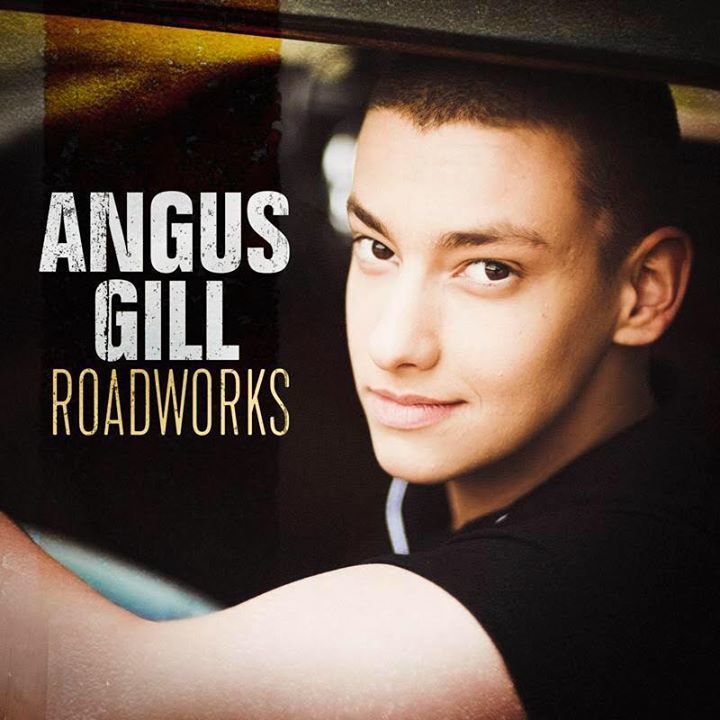 HAVE you ever felt that your life resembles roadworks? If so, country artist Angus Gill’s latest single is just the song for you.

From his upcoming album, Nomad, Roadworks is as relevant to those who’ve been stuck at a stop/slow sign as to those who know the feeling of enjoying life and then hitting complications that slow you down or delay your journey.

The young Mid North Coast of NSW singer-songwriter wrote the song with Matt Scullion on his first trip to Nashville in July 2015 after wanting to theme the album around roads. Angus brainstormed ideas for songs on a mind map, and the premise for Roadworks was born.

“Roadworks is an up-beat, lighthearted first single that I think everyone can relate to,” he said. “Just about everywhere you drive there are roadworks that delay your journey. It is also a metaphor for life because you’re cruising along and you hit the roadworks and slow down, speed up and guess what? You hit some more roadworks.”

Along with the message of the song, the music also speeds up and slows down just as roadworks do to a driver’s journey, so was recorded live in the studio with all players following each other.

“It was a challenging song to record, as the musicians couldn’t play to a click track because of the tempo changes, but that’s what made it all the more fun,” Angus said.

Getting in the theme of the song, Angus is often seen performing Roadworks dressed in high-visibility work wear and the occasional hard hat. The track also featured at this year’s Toyota Star Maker Grand Final where Angus performed in full high-vis outfit and it proved a Tamworth crowd favourite.

The singer-songwriter said he wanted listeners to take his music along for their roadtrips and gain an insight into his writing process as well.

“I would like listeners to see that you can always look for different perspectives in life and also in songs, it’s just about trying to dig deeper to find that unique angle,” he said. “I’ve taken on a theme that is extremely common in popular music and tried to put my original slant on it, and set myself the challenge of writing a whole album based around that concept. I really wanted to push myself as a writer and a co-writer.”

Returning to Tamworth in July this year, Angus shot the film clip for the single with 2 Lukes Films supported by local businesses Men At Work, Hilberts and Kazac Civil who assisted with props and, of course, the all-important high-vis work wear.

Roadworks is released on August 11 from the ultimate roadtrip album, Nomad, to be released on September 22, distributed by Checked Label Services.

Listen to a preview:

Angus is available for interviews to chat about the single and album.

This is my good friend Vickiree Melouney. Many of you in the Aussie Country Music community will know her as a dedicated radio presenter and photographer. Over the years she’s been keeping a notebook of song ideas. After talking about it for ages, I finally helped her write one of her stories in song. She called me up in lockdown a month ago, told me the story of her Grandmother’s apron and a week later, I called her up again and played her our song “The Apron”. I recorded it in lockdown and we’re proud to share it with you today, alongside another lockdown project “The Easy Way” - written with Manfred Vijars. Both songs available on all streaming platforms.
ffm.to/theapron ... See MoreSee Less

The story behind the fastest song I’ve ever recorded Heartquake. At nearly 300 beats per minute, this is bluegrass baby! Pre-order a signed copy of my new album, out next Friday 24th. Can’t wait! 📹 by @jackson_james__ #bluegrass ... See MoreSee Less

My new bluegrass single Whittling Away, featuring my friend, the legend Jim Lauderdale is out now! Please share around and I hope you enjoy our new song.

We wrote this while I was in Nashville a few years ago. I was telling Jim about the struggles my Mother went through putting my Nan into a nursing home. He mentioned he had a song title Whittling Away, which intrigued me immediately. There's a saying in Nashville that sometimes "the song is in the room" and it's our job as writers to pay attention to that and this was definitely the case for us that day. I was taking stock of songs late last year, when I came across this one and resonated with me even more, in light of the pandemic. Jim kindly agreed to do it as a duet and it was a real pleasure to work with him. ... See MoreSee Less

My song with Jim Lauderdale is out tomorrow! For my mates in the States, Bluegrass Today will be premiering the song on their website. Be sure to check it out! #bluegrassmusic ... See MoreSee Less

Jim Lauderdale and I browsing through Carter Vintage Guitars in Nashville a few years back. Our duet Whittling Away is out on Friday. Can’t wait for you to hear it! Pre-save here: ffm.to/whittlingaway 💽🎸 ... See MoreSee Less