Hey Underdog is the second single lifted from the forthcoming Angus Gill & Seasons of Change record ‘3 Minute Movies’ out Sept 25. Angus Gill & Seasons of Change is the latest project for 2020 Golden Guitar finalist Gill, which sees him join forces with the members of Paul Kelly’s band for an edgy genre busting new record, featuring Peter ‘Lucky’ Luscombe on drums, Bill McDonald on bass, Cameron Bruce on piano and Hammond B3 organ, Dan Kelly and Ashley Naylor on electric guitars.. Mutual friend, alt-country legend Steve Earle introduced Gill to the band back in 2017, while on PK’s Life is Fine tour. ‘3 Minute Movies’ was recorded over a couple of days back in December 2018 and shows Gill’s formidable song craft in a refreshing new light.

The anthemic single Hey Underdog is written by Gill, with Nashville Songwriters Hall of Fame inductee Jeffrey Steele, Grammy winning songwriter Vicky McGehee and LA based producer Providence David. Hey Underdog celebrates the unassuming figures who have faced adversity, yet boldly triumph over their opposition. Australia has an affinity with cheering on the underdogs, in the sporting arena, the workplace, show business and life in general.

Gill said, “Jeffrey sent me a text one Friday afternoon to come around to his publishing house in Nashville to write with him, Vicky and Providence. I had an idea to write a song for the underdogs. Jeff whipped out his nylon string guitar and started singing, “Hey Underdog” and we were off to the races. We were able to seamlessly channel all of our thoughts into the song. The internal rhyme and almost ‘rap’ style phrasing in parts of this song made it great fun to write. When we were tracking in the studio, Peter Luscombe suggested a Neil Young ‘Harvest’ feel for the song. Ashley Naylor decided to plug his guitar into a Leslie speaker to play the solo and we got this Beatles style guitar solo. The combination of the band members’ influences, paired with my own, is what made this collaboration so special.” 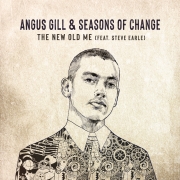